“A Brush With History”, Battle of the Senses Series, No. 73

March 28, 2014 by Tennessee Loveless in Battle of the Senses ⋅ TENxTENxTEN 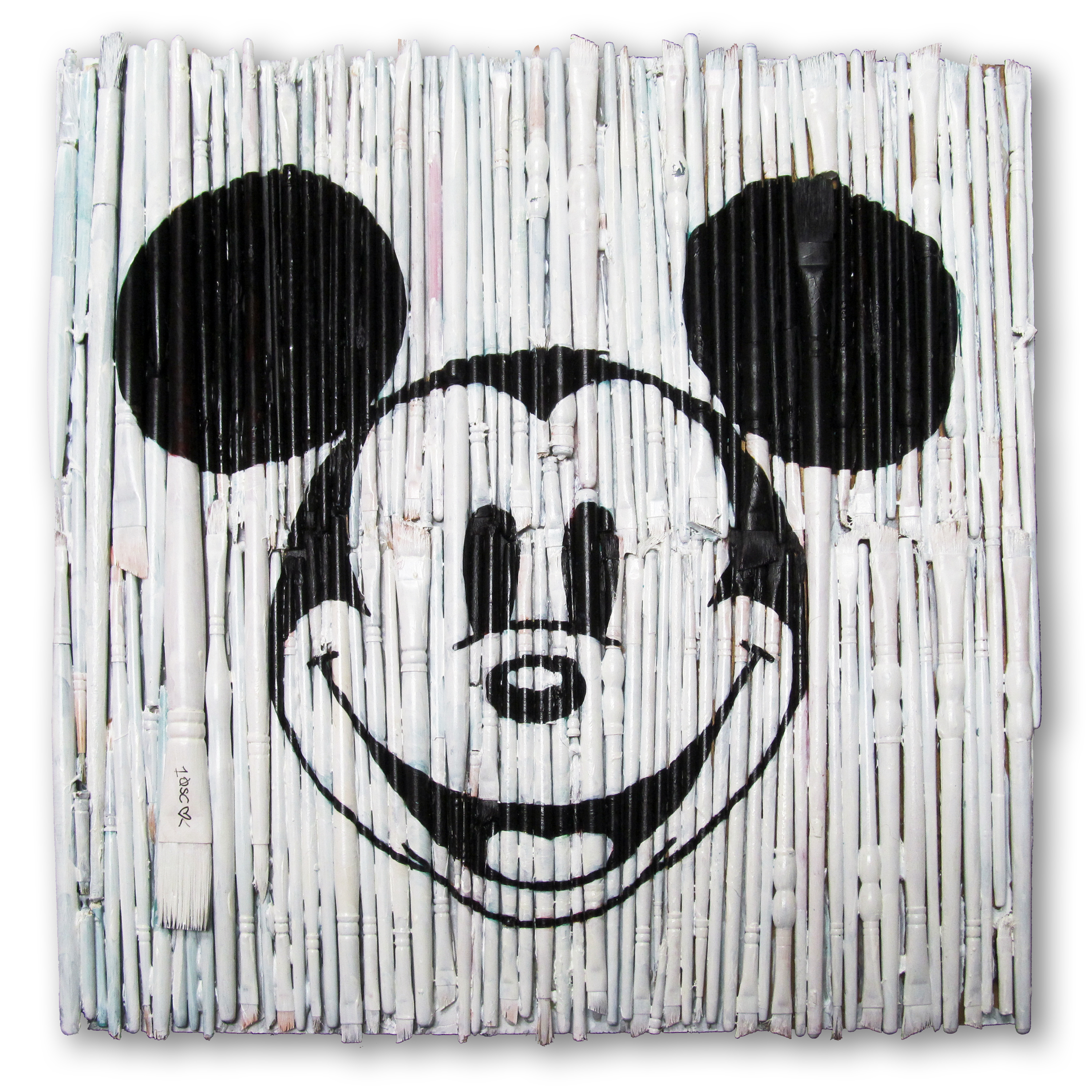 Some people might call me partial hoarder now that I think about it.

I’m very specific about the things that I collect, and most of it has to do with art projects. I’d say the problem lies in the fact that these projects that I have yet to do … have been incomplete for the past 20 years.

Example: I’ve collected every bottle of medication that’s ever been prescribed to me since I was a teenager. I’ve been collecting them for 2 decades in the idea that I was going to create a giant Lucille Ball made out of these items.

I go back to the idea that I would have never become a painter, if it wasn’t for the fact that I carried a pack of 7 canvases across the US in the various places I lived until my fateful beginning as an artist in San Francisco.

I’ll never forget the time that I acquired them. I was an associate at Pearl Art & Supply in the Northern sector of Atlanta, GA when we received a bad batch of canvases. They had acquired, in-between holding and shipment, a bit of mold damage from the warehouse in Ft. Lauderdale. I dived in the dumpster for them rather than let them go to waste.. .. and then spent 6 years trucking them around various apartments in Atlanta, Raleigh, Philadelphia, and San Francisco.

I’ll also never forget the time that I put them to use. Six years later, it was that one fateful day after an art show off of Belcher Street where I got the idea of painting a drag queen named Putanesca. I took the bus to the Chinatown tunnel, and walked up the flight of stairs to my apartment at 625 Bush Street. I grabbed the canvases out from underneath my bed that I used as storage and said

This piece is also about that process of collecting. This piece is an amalgam of brushes that I used for EVERY TENxTENxTEN portrait created. These are beyond objects to me as they carry time stamps for every moment created, and its a blessing and a curse that I remember all this information. These were used in the following apartments:

Beyond that, they were used during the following times:

In finishing this piece, I think back to that original statement I had made in that apartment in Hollywood California in 2011. I said, in doing the TENxTENxTEN project, I was going to reveal Mickey Mouse in as many ways as possible, and in doing so I would find the artist underneath. When I look at this piece, I see all the places I have been.. all the places I have painted, and all the people I have met along the way. I see the people I have loved, and the people I have lost. I see the world unfolded and then unfurled before my very eyes .I am so happy to be a part of this project, and this piece is a testament to that pride.

This is called “A Brush With History”. It is the 4th in the “Odds and Ends” Series, and No. 83 in the collection.