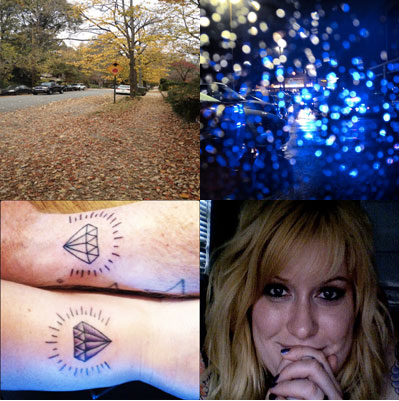 It had been 12 years since I had experienced the fall in Atlanta, GA. I found myself craving the east coast seasons a few months ago when I met up with a friend in downtown Los Angeles who was visiting from my old home. I had met her 15 years ago at my job at this piercing place called KOLO in Little 5 Points. She was still in high school, and I had recently returned from Savannah Georgia.. fresh from rejection at my attempt to be an artist. Lindsay was this other worldly kind of girl, even being as young as she was (16 years old), and I immediately connected and identified to her. She became my best friend.

Even after I left to Philadelphia and then San Francisco and beyond, we kept in touch. That was the one thing I loved about where I came from. The South was such a loyal place to the friends