November 13, 2013 by Tennessee Loveless in Music 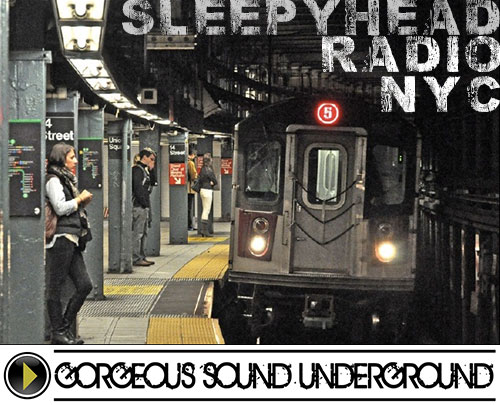 I left my friends apartment in Fishtown, a upcoming northeast sector of Philadelphia to New York City. I rode the subway to the commuter train up to Trenton, NJ and transfered to the NJ transit NE corridor line to Manhattan. It had been more than 10 years since I had taken that route, and I remembered all the days I took those trains in my youth to visit my boyfriend who lived in SOHO while I lived in NE Philly. Nostalgia swarmed around me heavily while the train trudged through the flash flood warnings and heavy storms to the city.

I never thought I’d be in NYC for work. I always wanted the opportunity to work there when I lived in Philadelphia.. because I thought that if I worked there.. that I had finally made it as a human being. (which is ridiculous in retrospect).. but funnily enough.. there I was.. in NYC for work.. yet living 3,000 miles further than Philadelphia was.

While in the city, I used my iphone as a field recorder to capture the sounds of the subway and its citizens. I spent 7 nights all over the city, recording sounds out in Brooklyn, Harlem, the Lower East Side, SOHO, Upper West Side, and beyond. I HAVE ALWAYS WANTED to do a set based off of ambient and field recordings intermixed with each other. I’ve always believed that these shows were just beyond music sets, but that they were journals of Nina and I. I wanted The Beautiful Noise Broadcast and The Gorgeous Sound Underground to be sets of musical curations that brought the listener into new sounds and tidbits of what we shared personally.. .. I think this is the ultimate story.

This set is all the ambient tracks I listened to while in NYC, and combined with them are these frozen moments in time captured for you to hear. I hope you love this set as I’ll be compiling a metro set for Paris and Berlin in the upcoming months.. as I leave there for a month in two days.