“Tie It Into My Hand”, A Conversation Piece on Synesthesia 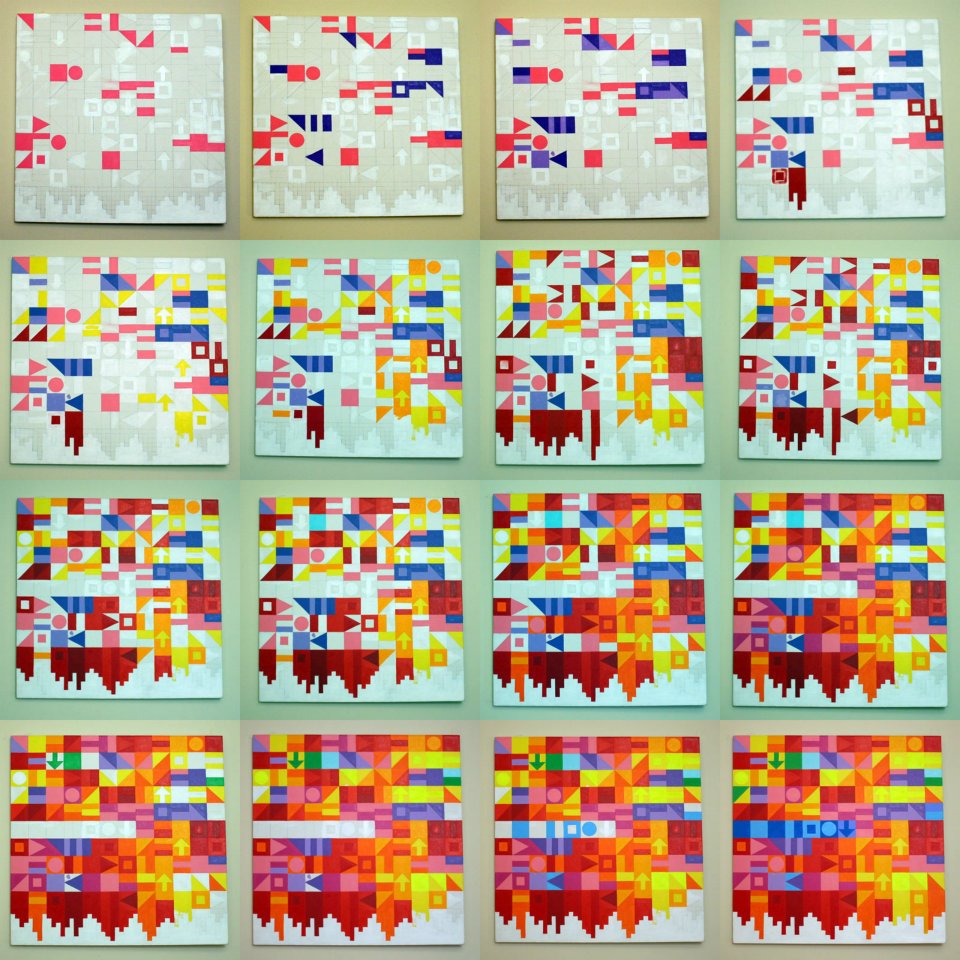 Two weeks ago I had the opportunity to meet with Paul Festa, a brilliant violinist, writer, and documentary film maker, for his newest project entitled “Tie It Into My Hand”.

When Paul had originally approached me about the subject, I fought with myself on how to exactly work with him, because the idea was so ethereal, that my brain wrestled with itself on how to create something solid enough to use.

The reason why I say this, is because “Tie It Into My Hand”, loosely is about Paul Festa being taught how to play Tchaikovsky’s concerto via the violin better, by many instructors across many fields of art expertise. In other words, I had to teach Paul how to play the music better by my own art form, which is painting. There is so much more to this documentary than just that awful explanation that I’ve given, but I’m trying to keep in brief so you can see this for yourself.

When presented with the idea, I fathomed different scenarios of communication. I fought back and forth in the giant sea of ideas on how this was really going to work. Being that I’ve found this comfort as a licensed artist, I had finally got a rhythm of working around my colorblindness in a field that was beginning to feel comfortable to me.

But this idea was so experimental, that I struggled with how exactly I was going to perform, even if Paul had considered me a teacher, or an artist.

It dawned on me that synesthesia was a common denominator in our communication. Because I can’t see color correctly, the only way I’ve determined to really communicate is in crossing the senses. I paint to feel cold, or taste sweet… so I determined that music was much the same… in that each note could in fact feel sweaty or frozen… or taste like cherries, or smell like cotton, and therefore.. I would have him play in a way that would communicate EXACTLY what Tchaikovsky was trying to say in his piece. .. by detecting the right temperature of color through Paul’s sound.

And that technically was what was SUPPOSED to happen, but when the filming actually happened in my apartment in Los Feliz, something else decided to take form instead. When trying to teach Paul how to play via a color scale, my direction suddenly backfired into my head. And while we achieved communication in him playing hotter and more yellow, patterns started forming in my head that I had never seen before or even attempted to understand.

The more Paul played, the more shapes and codes formed in my head. It was as if someone was writing a novel furiously without words, but just pages and pages of different bars, and squares, and combinations of geometric ballet in my head. My hand tried to scribble the pigment codes through his music, but I was seized with pattern. ..

When the music was over, and bear with me on this explanation, I suddenly felt the diameter of my being. As if, for the first time, I realized the space and dimension of my minds thought process.. And the space within myself was indefinite because something finally stirred in me, like this distant hum off in the horizon that was growing… I knew that in all actuality where this hum existed was extremely loud and powerful, but for now it existed hundreds of miles away in my head. This sound was either a collective wave, a tsunami of my ideas and patterns waiting to be pressed on to the canvas… but I could tell it was coming towards me, even if I couldn’t judge the rate/speed of its progress.

And Paul asked questions, about ‘permission’ and ‘grief’, which piled on top of this already growing force of an idea yet unreached but CERTAINLY gaining speed.. suddenly began to break away at this solid form I had built on my art for so many years.

And when Paul Festa left my apartment that night, I sat there blankly looking at this clean white 24 x 24 canvas for hours. The smell of the neighborhood skunk wafted in the air, and the sounds of helicopters dizzily kissed the sky in this endless dragonfly hum… and I just sat there, looking at this white square… wondering when I was going to start painting the music piece he played. .. dumbfounded and realizing that in me teaching Paul Festa how to play the violin better by painting, that Paul Festa taught me how to paint better by playing the violin.

The piece below is a step by step progress on converting sound into color. Paul played 9 minutes of Tchaikovsky’s Violin Concerto. The canvas was 24 x 24 inches in diameter which was squared by 2 inches x 2 inches equalling 144 blocks. 9 minutes times 60 seconds equals 540 seconds. 540 seconds divided into 144 squares was 3.75 seconds of sound converted into temperature into color pattern.