His Name was TJ 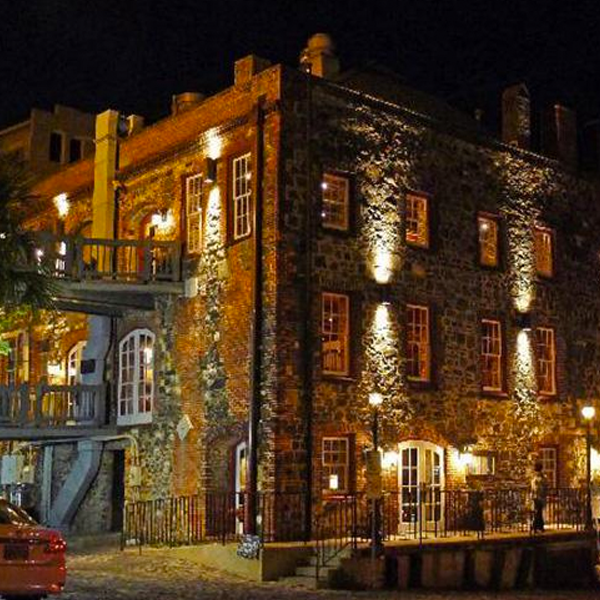 I remember feeling my eyes dilate when I first laid eyes on him that one August night in Savannah, Georgia. Nothing else existed when I saw him, and in fact the world seemed to tear away from my grasp the minute our eyes locked. I was just me, him, and this massive hurricane blur of noise and chatter than seemed to clamor about me like an orchestra practicing before the symphony.

“Who is he?”, I asked my roommate Christine.

“I have no clue hon”, she replied.

“Oh good lord give it a rest”

And with that I got up from my table at the Paper Moon Cafe off of Whitaker and Oglethorpe and began to walk out the door and after him.

“Hon, you don’t even know him, what are you doing?”, my roommate said.

I heard her, but I ignored her.

I was true. I didn’t know him, I had never talked to him, and sure enough I felt crazy skulking in the shadows of that town while he walked what seemed like forever to a destination I had no clue of.

I was 19 years old, and I was dumbstruck in love with a stranger wearing a silver shirt and massive raver jeans. It was 1996 and I was terribly confused.

I eventually walked from Historic near to the Riverwalk near Bay Street. He was walking into a place been to a few times. It was a gay bar called “Club One”. Since I was under 21 I knew that you had to surrender your ID to get in… So I hurried my feet to the door and watched him give his ID before walking through the velvet curtains to the multiple floored disco pumping labrynth.

While I gave the doorwoman my ID I saw his drivers license sitting there on the table. Before the door woman filed it into her rolodex of underage patrons I immediately grabbed it to see his name, but only got a glimpse of the name “Clay” before she yanked it out of my hands.

“What are you doing?, she asked sternly.

“Oh I thought it was my friend and I wanted to make sure”, I replied.

“MMhhmm, get on in before I decide otherwise sweetie”, she replied.

Confused and now clearly clocked as being crazy by multiple people, I walked through the curtain alone. His name dizzyingly spun around my head.

His name was Clay and I was determined to know everything about him.

I nervously walked around the bar. The lights were cool and low as I shuffled through the massive crowd of people drinking and dancing. In the congested drove of people that swarmed over me, I had eventually lost the sight of him..

But truthfully.. even if he had appeared in front of me, I knew I wouldn’t be able to say something to him. I had already felt consumed with guilt over my rash decision to leave my car, roommates, and food behind at the cafe to seek him out. … but I had to take one more look at him.

At the top floor of the club I sat there with my recently purchased bottle of water and watched all the people dancing below me. Some house track was playing and a lip synching queen was walking around the place with a bucket for tips while sashaying on her personal runway. As she passed me I saw him..

He was directly across from me staring at the same dance floor and people I was. He would make eye contact with me, and then directly stare away.. and I did the same thing. We stood there dancing with each others eyes too terrified to say anything to each other for what seemed for hours.

I walked away when it got too unbearable, and I approached someone he had been talking with.

“Yeah, You interested in him?”, she said playfully back.

“UH…. I… I mean.. I guess… I don’t… um”, I spat back. My heart leapt through my chest as I realized how crazy I sounded pretending to know who he was. I began sweating and backtracking.

“Oh god this is cute darlin. Yeah.. his name is TJ,, and he’s interested in you. Want to meet him?”, she said.

I ran from my spot from the balcony, and down the stairs to the doorwoman. I grabbed my ID and ran as fast as I could back to the cafe. I felt completely upside-down from my actions, but even more so.. that someone like him was interested in a guy … like me… who couldn’t grasp the heartache and mental explosion of being so consumed with a stranger like him.

I got to the diner, grabbed my food, quelled my roommate and her boyfriend, and we drove back home.

As the car pulled from the restaurant and lazily spun through the warm streetlights of Savannah back to that place off of Gwinnett street…. I recited his name in my head. At that time I thought I’d never seen him again, because to me… even in the small town of Savannah, Georgia.. I was 19 years old, and everything was larger than it really was.

As I got home, I got a message from a friend…

I sat back on my bed and stared at the ceiling flabbergasted. I couldn’t stop smiling at the fake glow in the dark stars that glittered above me.

His name was TJ, and I was irrationally in love.